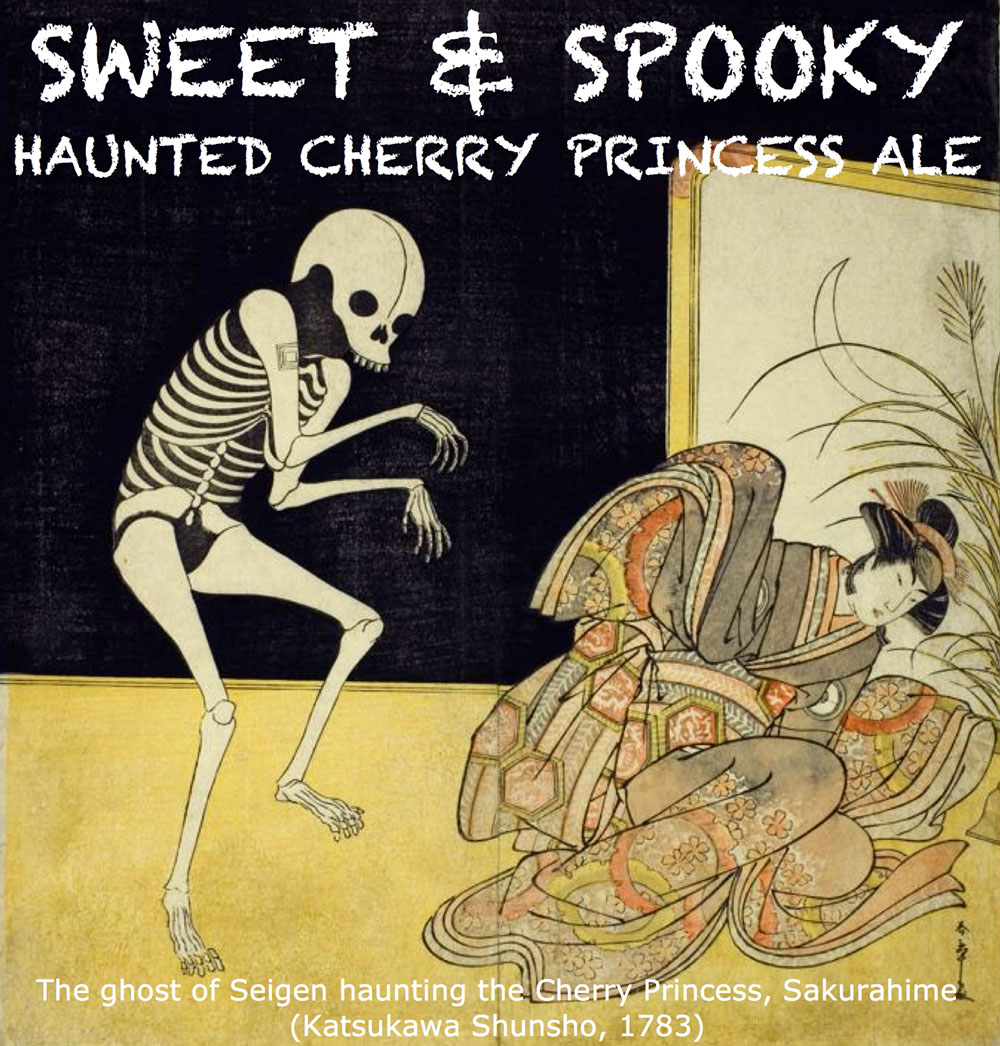 I caught the bug to brew a cherry beer while ruminating on the recipes for Sour Cherry Ale in Sam Calagione’s Extreme Brewing and Cherries in the Snow in Charlie Papazian’s The Complete Joy of Homebrewing. I mostly followed the Extreme Brewing recipe for this one.

I priced out cherries at a local grocery store vs. Morebeer and decided to go with the Morebeer puree. The price was about the same, but it pushed me into the price point for free shipping! I was exceptionally bummed when my shipment arrived to see that the cherry puree I received was sweet! There’s no indication of sweet or sour on their website. I shouldn’t have assumed it would be sour cherries. But whatever. I wouldn’t let that hold me back. So, I’ll brew a sweet cherry beer instead of sour, oh well.

Using my favorite no-chill method of letting the hot wort sit on the stove overnight to cool, I brewed on 9/14 and pitched the rehydrated yeast, cherry puree, and pectic enzyme on 9/15. Instead of fermenting in the plastic carboy, I decided to use the bucket for the primary fermentation. Me likey likey! No funnel necessary, no accidental spillage, and plenty of opportunity for the poor-man’s aeration (i.e. a sloppy pour followed by rocking the fermenter). In my customary casual brewing manner, I failed to take a gravity reading. I reconcile this habitual oversight in the comfort that ancient brewers didn’t have hydrometers.

After 24 hours of fermentation, there was some pretty intense action in the airlock:

After 48 hours, the bubbling slowed considerably; perhaps one bubble every 15 seconds or so.

On 9/22 I racked to the secondary fermenter; this time my plastic carboy. Racking from the bucket to the carboy is definitely the way to do it. Easy flow through the spigot. No messing around with a siphon hose. I used my iPhone’s stopwatch feature to record intervals between airlock action. Looks like things slowed down to about 23 seconds per bubble, but it’s good to still have some fermentation in the secondary.


On 10/12, after a healthy amount of time in the secondary, I bottled with 5oz corn sugar. Indeed, it’s a pain to return to bottling after having enjoyed the adventures of kegging, but I want to give this beer away to lots of friends.

WHAT’S IN A NAME? 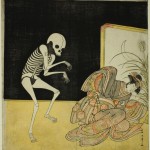 I struggled with finding a good name throughout the process of creating this beer. As an art historian, my beer’s name is very important to me. And then … serendipity! While studying the current exhibition of Japanese woodblock prints at the Art Institute of Chicago — Ghosts and Demons in Japanese Prints (an awesome exhibition on view October 11, 2014-January 4, 2015; you should check it out!) —  in preparation for my enjoyable responsibility of delivering the periodic public tour on the topic, I discovered was introduced to the wonderful print of Ichikawa Danjûrô V as a Skeleton, Spirit of the Renegade Monk Seigen, and Iwai Hanshirô IV as the Cherry Princess, in Edo no Hana Mimasu Soga (Flower of Edo: An Ichikawa Soga) by Katsukawa Shunsho. That’s a bit of a mouthful, so Sweet & Spooky Haunted Cherry Princess Ale it is!

The legend of the ghost of Seigen haunting the Cherry Princess, Sakurahime, is quite interesting. Star-crossed lovers, a courtesan and a monk. Fall from grace. Abandonment and betrayal. Death and undeath. Revenge and damnation. There are many version of this classic Japanese ghost story. One of my favorite versions is found over at Japanzine: Tales of Ghostly Japan — “The Evil Split of Princess Sakura – A Tale of Passionate Karma” (Posted by JZ on Sep 29, 2006).

If you’re generally interested in learning more about Japanese ghost stories, be sure to check out the wonderful website Hyakumonogatari Kaidankai: Translated Japanese Ghost Stories and Tales of the Weird and the Strange by Zack Davisson. Also, watch my Ancient Art Podcast episode on Haniwa Horse and Hokusai’s Ghosts.