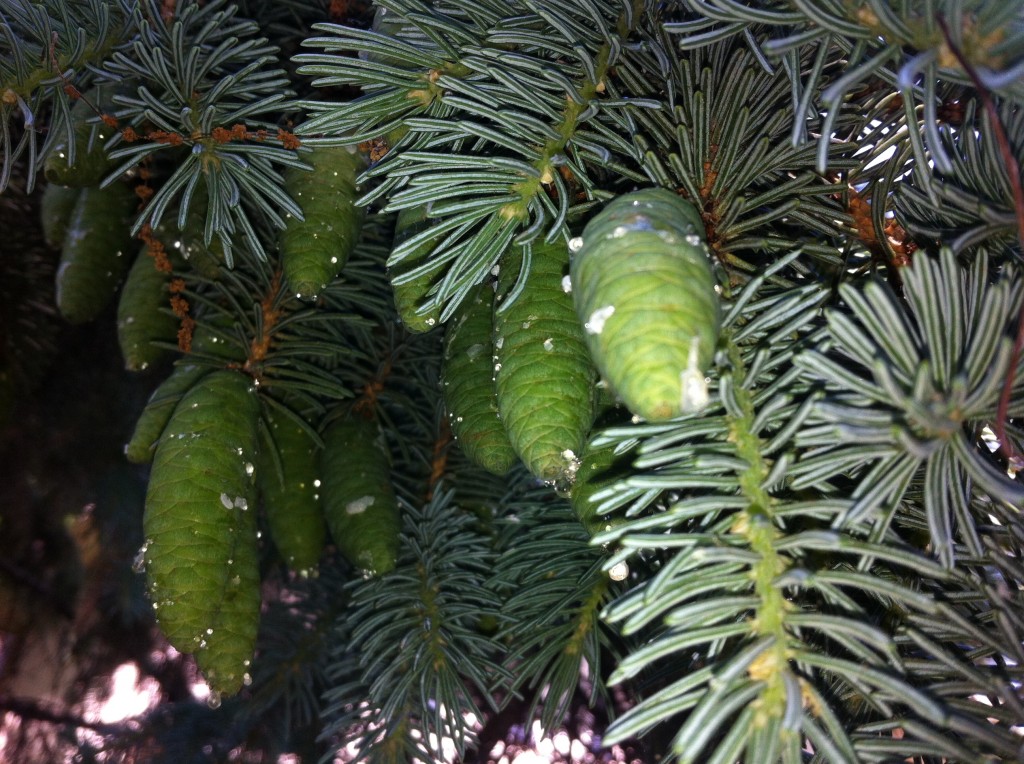 Two things in my quest for antiquity:

(1) I continue to have this yearning to brew beer without hops. Don’t get me wrong. IPA is my go-to beer of choice, but hops is, from my perspective, a fairly recent additive to beer — in the last mere 8 or 9 centuries.

(2) I’m curious about the other resins that may have gone into the beers of the ancient Mediterranean world. As I’ve touch on in earlier posts, tree resin would have had preservative, flavoring, and aromatic effects similar (yet different) to modern hops. Resin would also have seeped into the earthenware vessels to help seal them during fermentation and storage. 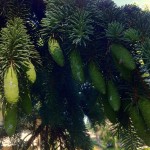 Setting number 1 (I’ll call it “hoplessness”) on the back burner for now, I’m doing a little dabbling with various resins. Taking advantage of what’s at hand rather than what was accessible to ancient brewers, I reached for some new-growth sprigs of Eastern White Pine. Regrettably, I didn’t take any photos, but the aroma of the freshly cut tips was quite pleasant. For an extra oomph of resin, I also plucked a handful of baby Douglas Fir cones. Very green and dripping with sap.

What Tree is That?, the Arbor Day Foundation’s nifty online “Tree Identification Field Guide,” helped me identify these two species.

After dry hopping my batch of Pharaoh Hop’n’khamun back in July 2014, I racked a half gallon into a sanitized growler. After bottling the Pharaoh Hop’n’khamun, the growler’s 64 ounces went back into the fermenting bucket to receive the evergreen. They sat contentedly in there for about a month (yeah, I kinda forgot about it). I then primed the pine beer with a little sugar for carbonation and bottled it into three tall 22oz bottles. Let it sit at room temperature for maybe another month or so.

I was a little hesitant to drink it at first, unsure about the safety of consuming Douglas Fir and Eastern White Pine resin, but there was only one way to find out (okay, other than the safe method of research or consulting an expert). The beer definitely had a subtle evergreen aroma, which was quite refreshing. Not too profound, but there. Likewise in flavor.

It is my learned opinion that even reasonable amounts of pine beer can yield a stomach ache beyond what one may nominally experience from consumption of non-pine beer. ;p