Come one, come all to the inaugural “Bog BYOB Summit,” a BYOB meet-and-greet of connoisseurs of historic fermented beverages from antiquity to modernity. Ales, wine, mead, and more. Whether you’re a homebrewer or home-drinker, bring a bottle (or two) to share in good company. Discuss your latest historic fermentation with your Bog mates (Up-top SCAdians equally welcome!) Share that commercial rare-find you’ve been cellaring until now. Learn about and debate the art of the craft across time. **Age 21+.**

Half the Ass in Athens – Drinking in Antiquity

In this abbreviated session, we raise a *rhyton* to the ancient art and culture of beer and wine from the sands of Ancient Egypt to the salty shores of Classical Greece, from the horselords of the Mongolian Steppe to brazen cauldrons of China’s ancestral spirits. Delve into the ancient processes of brewing and vintning and explore alcoholic-consuming passions across antiquity from King Tut’s tomb, Agamemnon’s Mycenae, Ninkasi’s hymns, the Khan’s feasts, and more.

And don’t forget to watch these resourceful episodes of the Ancient Art Podcast about drinking & gastronomy in the Ancient World:

Previous occurrences of Drinking in Antiquity:

Drinking along the Silk Road

Explore the art, history, and poetics of wine in medieval China with a journey along the dusty merchant trails of Silk Road caravans. We examine the art, archaeology, literary testimony, and cultural mores of potent potables with an emphasis on China’s Shang, Zhou, and Tang Dynasties. The Far East shone while Europe was in the dark, yet how did Alexander’s legacy influence medieval Chinese drinking practice? 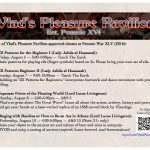 Japanese Prints of the Floating World

What’s so great about The Great Wave? Japanese woodblock prints of the Floating World have captivated us for centuries with their playful subjects, ephemeral colors, and delicate artistry. Explore the fascinating breadth and history of Japanese prints and their artists with breathtaking examples from the world-renowned collection of the Art Institute of Chicago. Learn all about the traditional printing process from A to Z and get your hands on a laser-etched replica of an 1858 carved block by Hiroshige.

Who really built the pyramids and what are their hidden secrets? Why were the Egyptians obsessed with death? And was Cleopatra black or white? With a nod to the venerable Top Ten list and a hearty dose of scholastic irreverence, we’ll tackle some of the most popular myths perpetuated today about ancient Egyptian civilization and explore some of the ways this ancient culture has lived on through late antiquity, into the medieval era and beyond. Adapted by the author from a series of Ancient Art Podcast episodes.

Learn the many meanings, myths, and messages behind the multi-armed, many-headed gods and goddesses of the Buddhist and Hindu traditions. Meet gilded gods and holy hermits in the collection of the Art Institute of Chicago. How did Ganesha get his elephant head? How do you tell a Buddha from a Bodhisattva? What’s an avatar, anyway? And find out the difference between yantra, mantra, and tantra, oh my!

Some relevant episodes of the Ancient Art Podcast:

Thank you, all, for making my first class at Pennsic a most excellent experience. It was indeed memorable for me, as it warranted receipt of my Award of Arms! 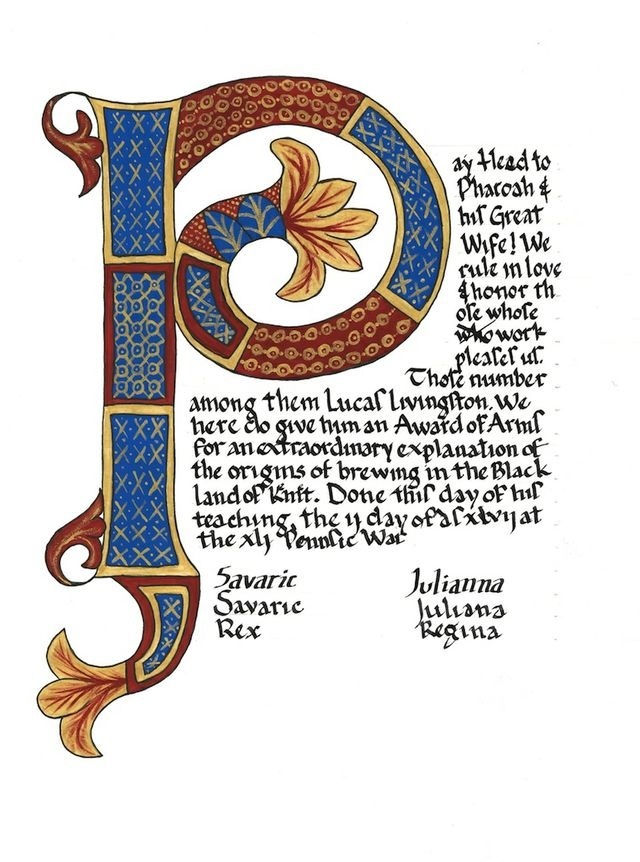