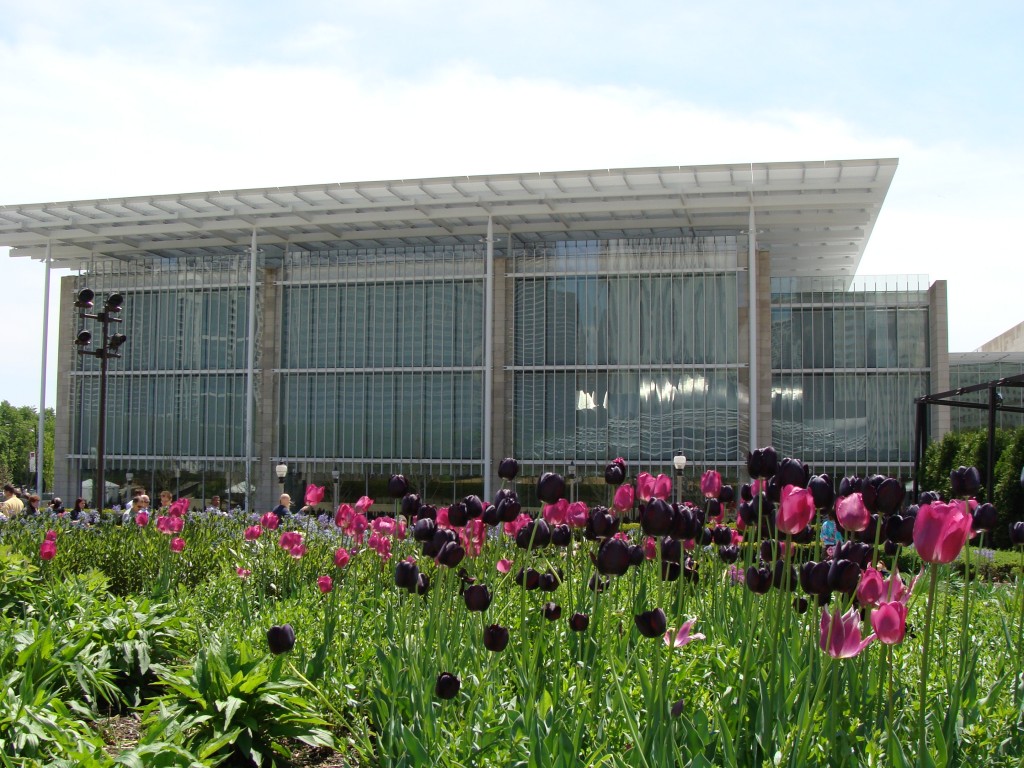 *Many apples were harmed in the making of this blog.*

For the second year in a row, I recently attended the fun annual Urban Wild at Lurie Garden in Chicago’s Millennium Park. 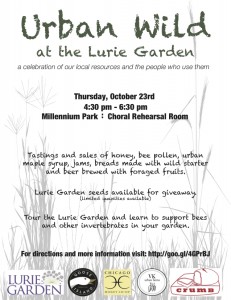 Millennium Park is a wonderful 24-acre oasis flanked by Chicago’s downtown loop, the Art Institute of Chicago, and the Lake Michigan shoreline. I have the pleasure of strolling through it twice a day on my commute between the South Shore train and Art Institute. While it’s nothing like the scale of Central Park, Lurie Garden is a very welcome respite from the surrounding built environment of the city. Urban Wild was a great opportunity to sample some locally grown and harvested products, including breads, jams, honey, mead, and beer. It was a pleasant surprise to find Goose Island brewmeister Brett Porter on-hand serving up tastings of their stratospherically popular Bourbon County Stout, which was rather amazing. We had a nice chat about his wild yeast harvesting project and my seminars on beer and wine in antiquity at the Art Institute. My initial motivation for hitting Urban Wild this year was also brew-related — to get a jar of Lurie Garden’s honey, which they harvest from the bee hives kept on-site downtown in the garden.  It’s wonderful to see the bees buzzing about among wildflowers against the soaring cityscape.

I’ve been itchin’ to brew some cider for a while and I figure this would be a fitting use for the Lurie Garden honey. I’d thought one could simply used store-bought apple cider and, turns out, you can! Yes, of course, the purist would hand-pick specialty apples from an orchard, press them (again by hand), and perhaps even ferment with the apples’ own indigenous wild yeast. Okay, that’ll be my next batch, but this time around …

A little hunting on BeerSmith Recipes and Homebrew Talk confirmed my speculation about using store-bought cider. I also found this gem of a document: Instructions on how to make hard cider via Midwest Homebrewing & Winemaking Supplies. The trick was finding cider without preservatives. Target – nope. Aldi – nope. Walmart – nope. Aldi – nope. They all had cider with sodium benzoate, which could kill the pitched yeast before it gets started. But Whole Foods came through, finally! Bonus … 50% off! I bought 4 gallons of UV-pasteurized cider for $12. The only other ingredient I needed to purchase was some yeast, so I got the dry wine yeast Red Star Cote des Blancs from Brew & Grow, but it’s easily obtainable elsewhere. 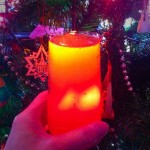 I had kept the cider in the fridge for a few days until brew day, so I needed to bring it back to about room temperature before pitching the yeast. A few minutes in my brew kettle on the stove did the trick. I heated the honey in about a pint of water on the stove just to dissolve it, not necessarily to sterilize it. 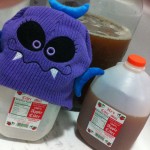 Then I rehydrated the yeast and pitched everything into my glass carboy. Fermentation was going strong after about 48 hours. Unlike beer, there’s no kräusen (foam) during fermentation, much as there’s no lingering head when pouring the finished product. Fermentation took a good while to finish. While it’s not the most scientific indicator, the airlock was still bubbling after 2 weeks. I bottled after 3 weeks, priming with 4 ounces of corn sugar for carbonation.

I’m exceptionally pleased with the result. While the small jar of honey doesn’t contribute substantially to the flavor, I consider it more of a spiritual and symbolic connection with the organic realm of the apiary and garden space that I walk through daily. The cider came out very dry, crisp, and clean. Fairly mild in taste with a modest sparkle. Highly drinkable, yet substantially alcoholic. As my bottles continue to age, the cider gets only better. I look forward to more cider adventures. 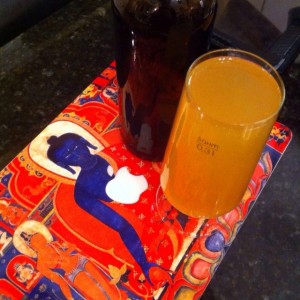