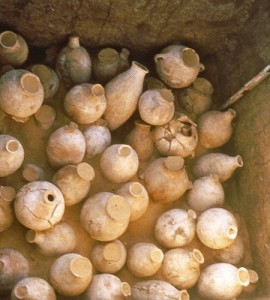 King Scorpion (yes, there really was a King Scorpion) enjoyed the good life … and also the good afterlife. Found in Scorpion’s tomb at Abydos from about 3,100 BC, the earliest wine in Egypt was imported from the region of ancient Syria or Jordan. He went out in style, being buried with over 4,500 liters or about 1,200 gallons of the good stuff. It’s good to be the king. I covered King Scorpion’s tomb in my Ancient Art Podcast episode no. 52 all about “Wine in Ancient Egypt.” 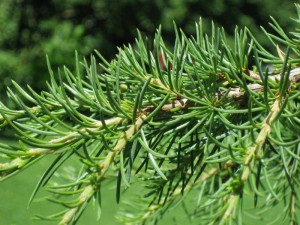 Micro-residue analysis on the wine from Scorpion’s tomb indicated that it included such fine ingredients as grapes (duh), figs, and terebinth tree resin (McGovern, Ancient Wine 94). We know resinated wine today in the form of Greek retsina. The resin in ancient wine could have functioned as a preservative an as a sealant for unglazed earthenware vessels. This leaves me wondering if Egyptians included resin in their beers. I haven’t come across evidence for this yet, but I’m willing to believe it. One of these days I’ll make a resinated beer, but as an experiment I thought I’d take a crack at infusing a beer with some sort of evergreen wood. Lacking terebinth, I went with my next gut choice: cedar, as in the Cedars of Lebanon. Cedar was widely imported by the Egyptians for all their wood-construction needs. Lacking Lebanese cedar (Cedrus libani), I went with Northern White Cedar wood chunks from Yard and Pool. Who wouldn’t like a good cedar-aged beer? Hey, it’s an experiment.

On the heels of Pooka Berry Goblin Ale, I used the same base to dive off the deep end of experimentation. Built with a recipe similar to Krampuslauf, but minus the Krampus, I brewed up a 5 gallon batch of a rich, red brew using Dark Crystal and Blackprinz malt.

See Pooka Berry Goblin Ale for step-by-step details. I poured off about a growler’s worth to ferment with blackberries (and Pooka spit, so the legend goes).* The rest of the ca. 4.5 gallons fermented happily on its own in my carboy … for later tampering

On 3/20, the same day I bottled the Pooka Berry Goblin Ale, I racked 4 about gallons to the secondary fermenter. This was my first time racking to a secondary, since I finally got a lid for my 5-gallon bucket. Excellent idea. The bucket is much easier for adding specialty ingredients, like, oh, I don’t know, maybe cedar chips and pine sprigs.

Sat, 3/23/2013
FG at 72F 1.011
Bottled 6 bottles of the beer as the “control” before adding my special ingredients. This way I’ll have a better gauge for how the different specialty ingredients affect Pooka Berry, Scorpion’s Cedar, and to an extent Krampuslauf.

Boiled 4 tsp corn sugar in 2 or 3 ounces of water for a priming solution and doled that our in the 6 bottled before adding the beer.

I think the grain and hop recipe isn’t all that good. Tasted some flat beer. Pretty bitter in a not so good way. Kinda like Krampuslauf. Leads me to suspect some of Krampuslauf’s less than desirable bitterness is due in part to base recipe, not just clove and peel. Should try again with a lighter beer or an authentic Irish red?

4/6/2013
Bottled Scorpion’s Cedar & Pine (with the little pine branch on the bottle caps). Kept the sediment in a sanitized growler with some boiled corn sugar water and capped with airlock.

4/7/2013
Reused sediment yeast from prior batch (although just the sediment from last batch’s secondary fermentation; got rid of primary sediment before reading in “Sacred Beers” that I could reuse the yeast.) My first partial all-grain boil. See blog post about home-milled grains. 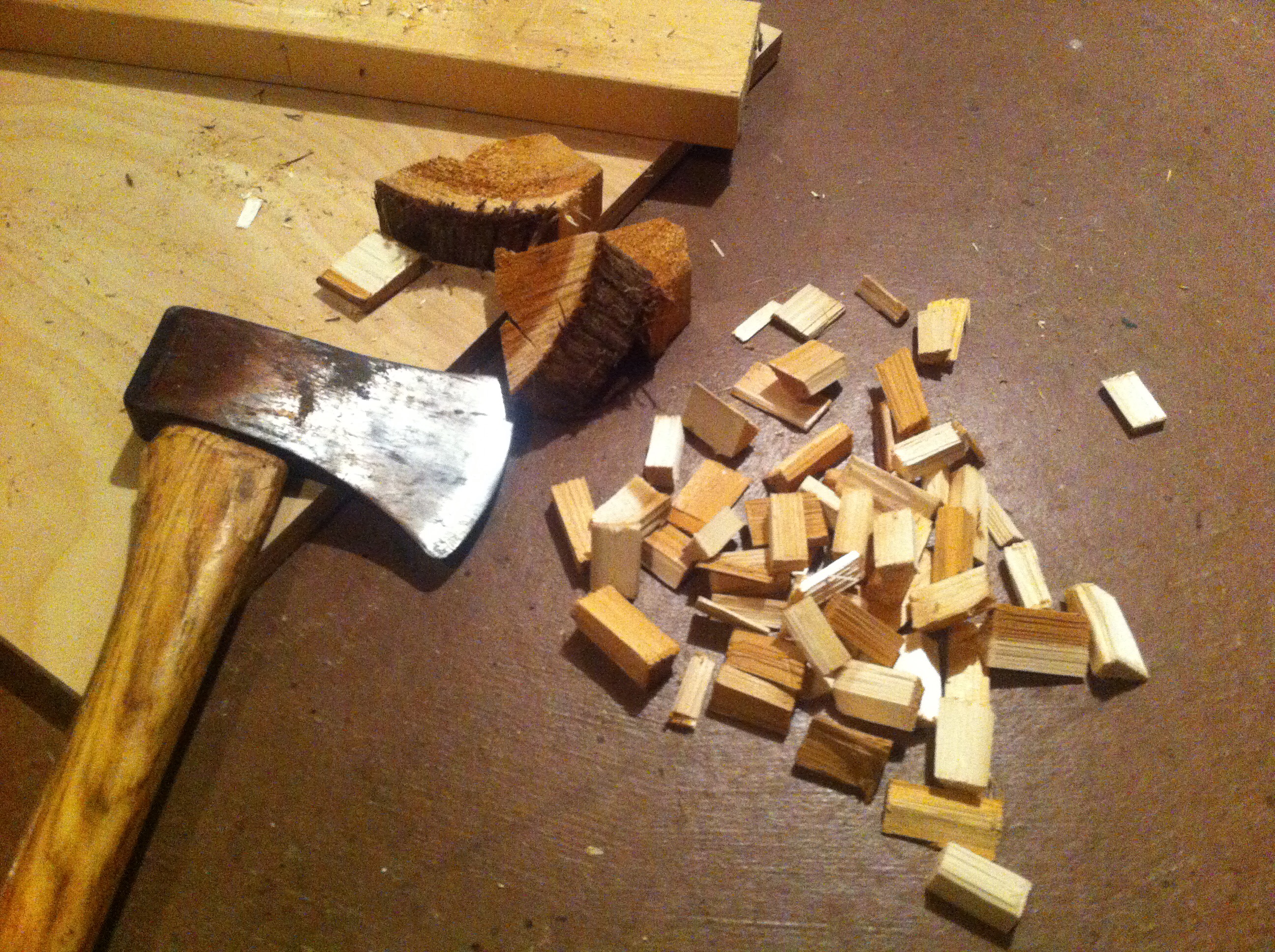 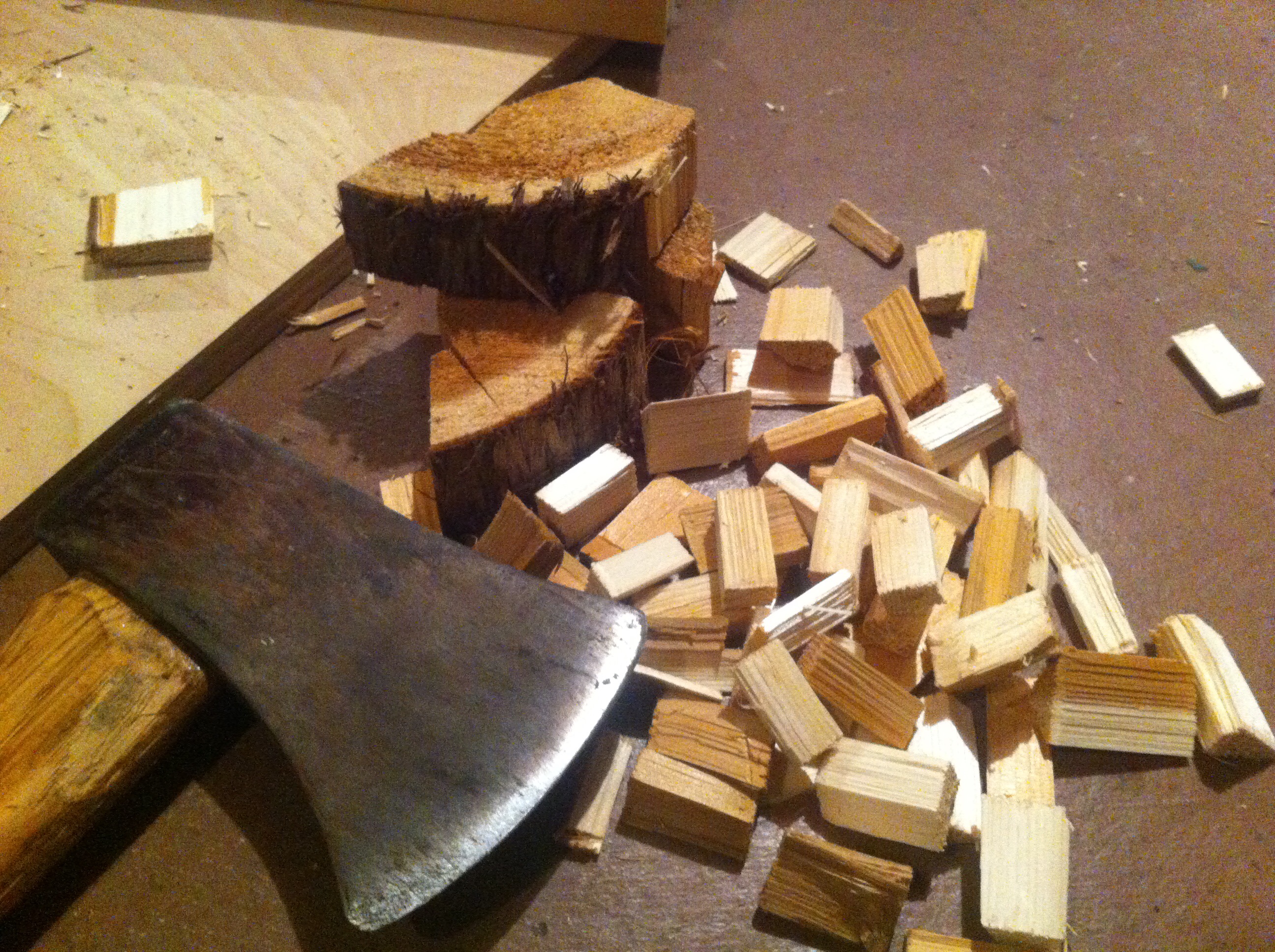 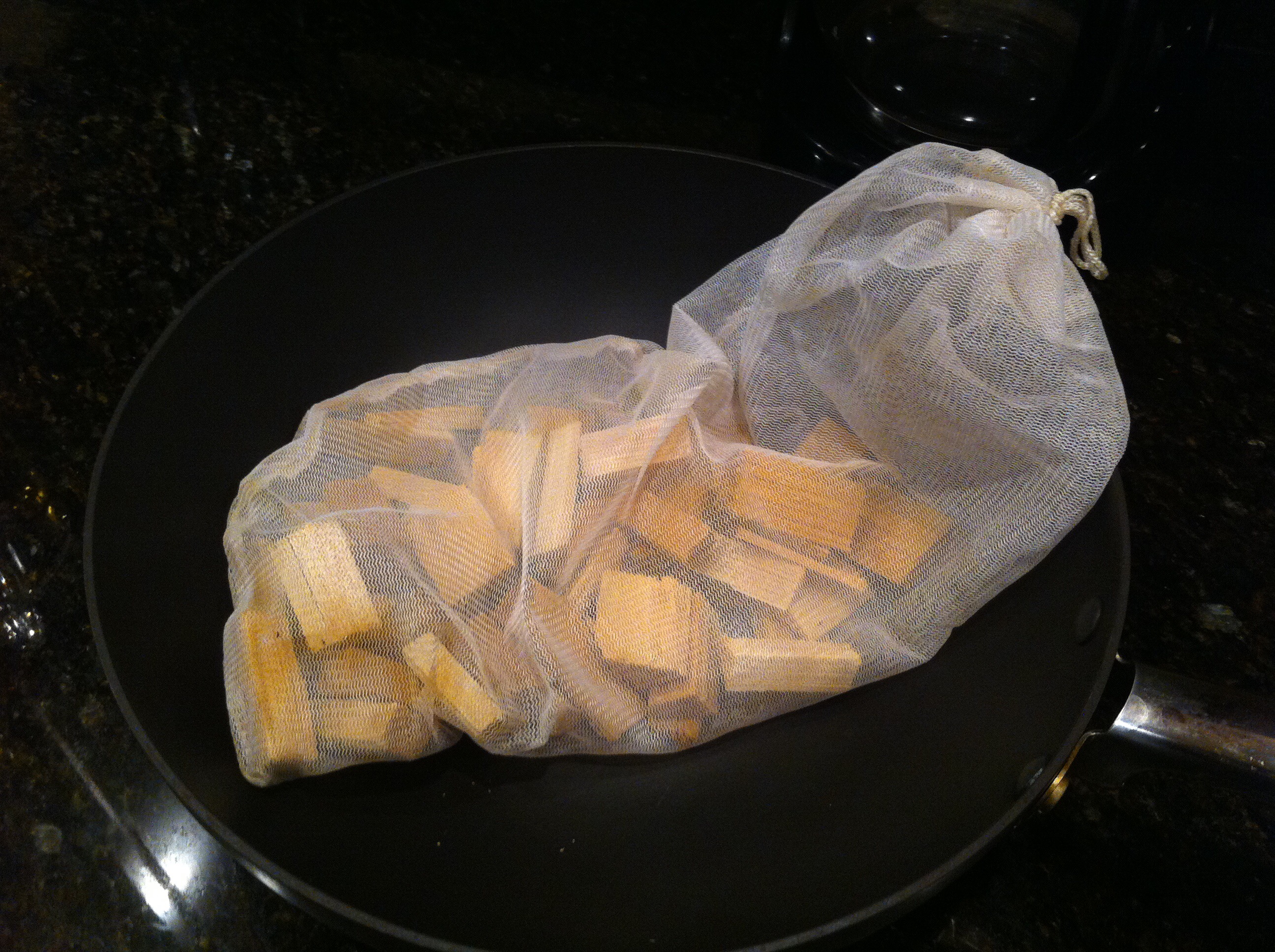 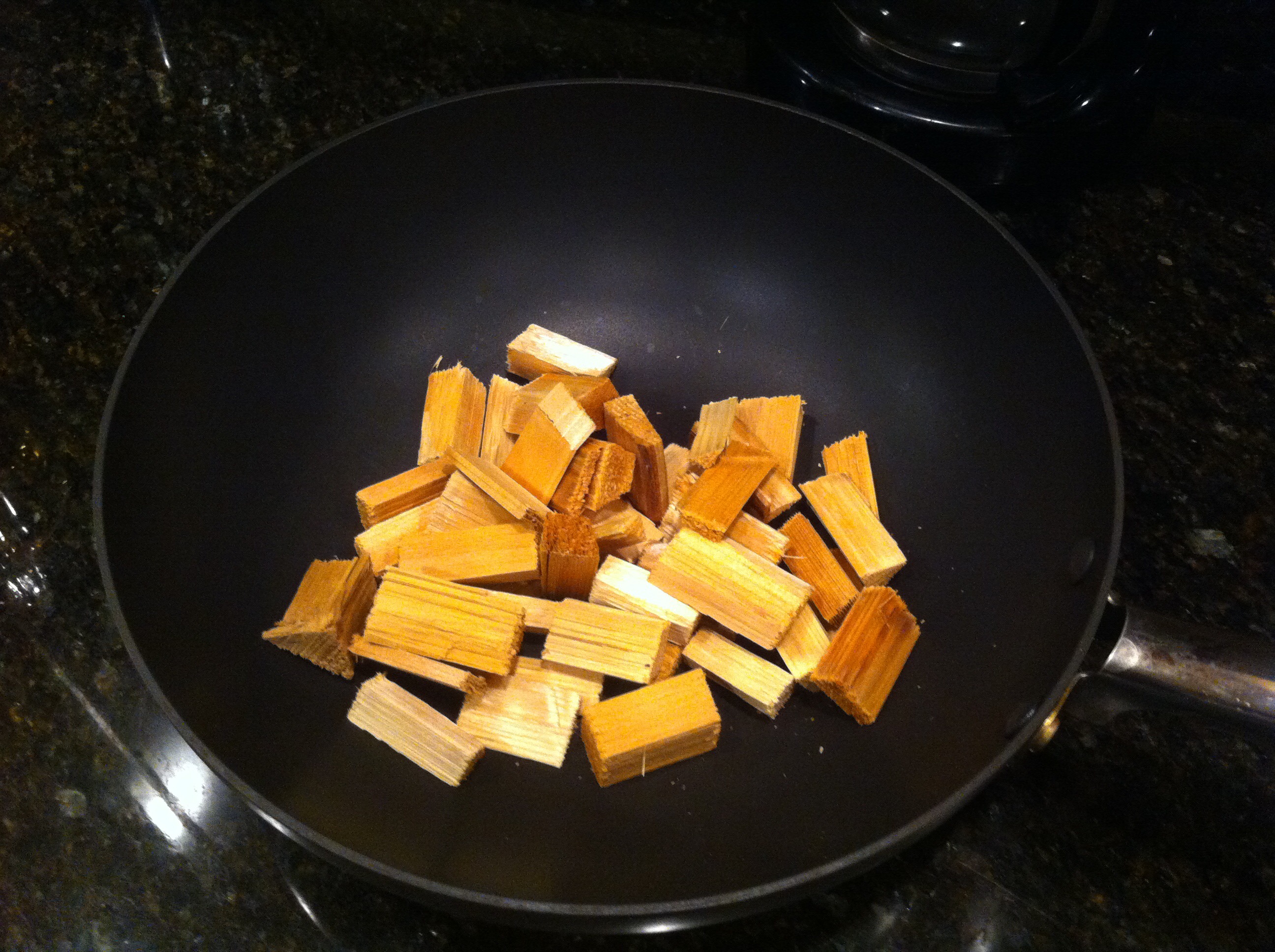 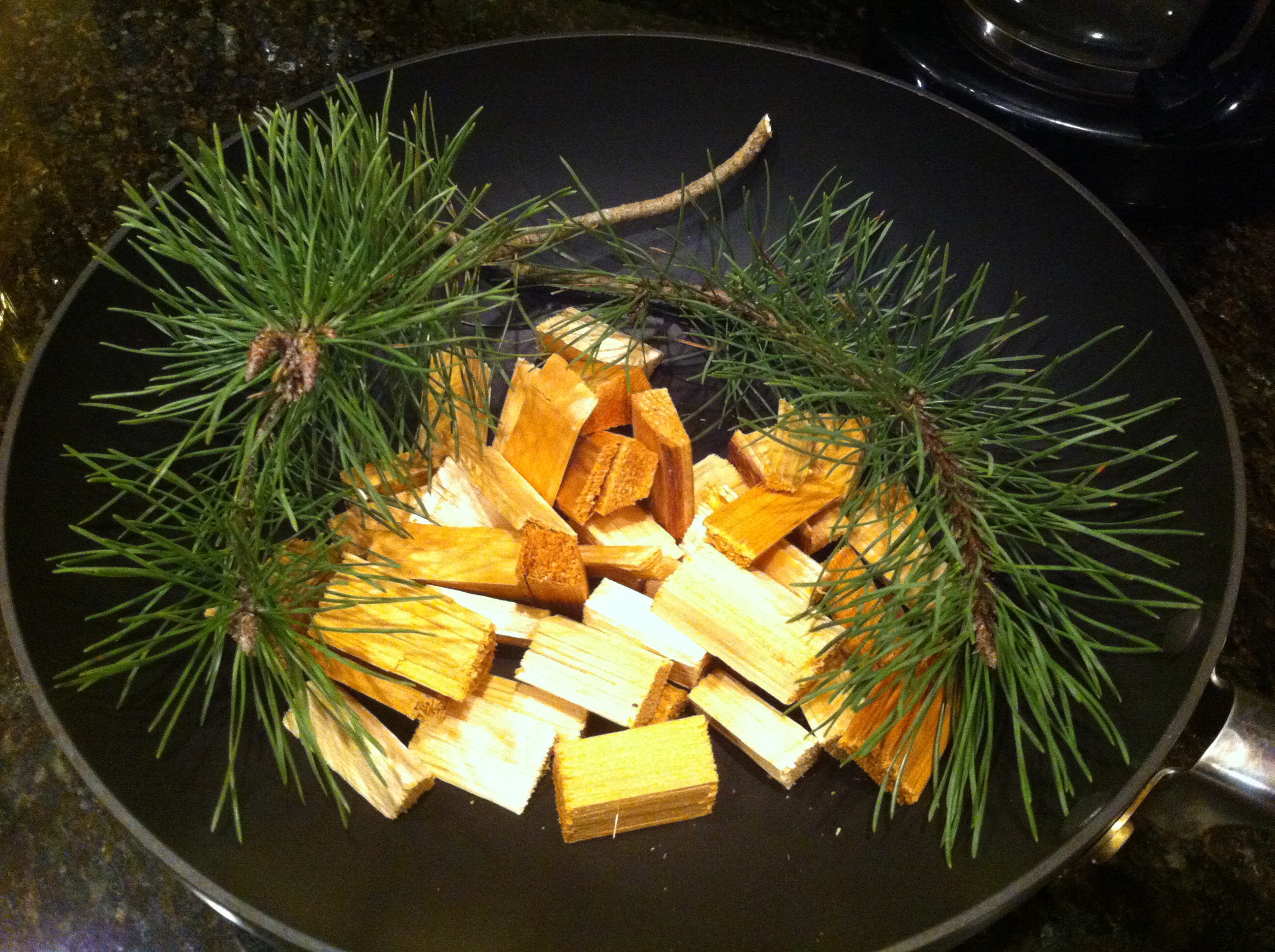 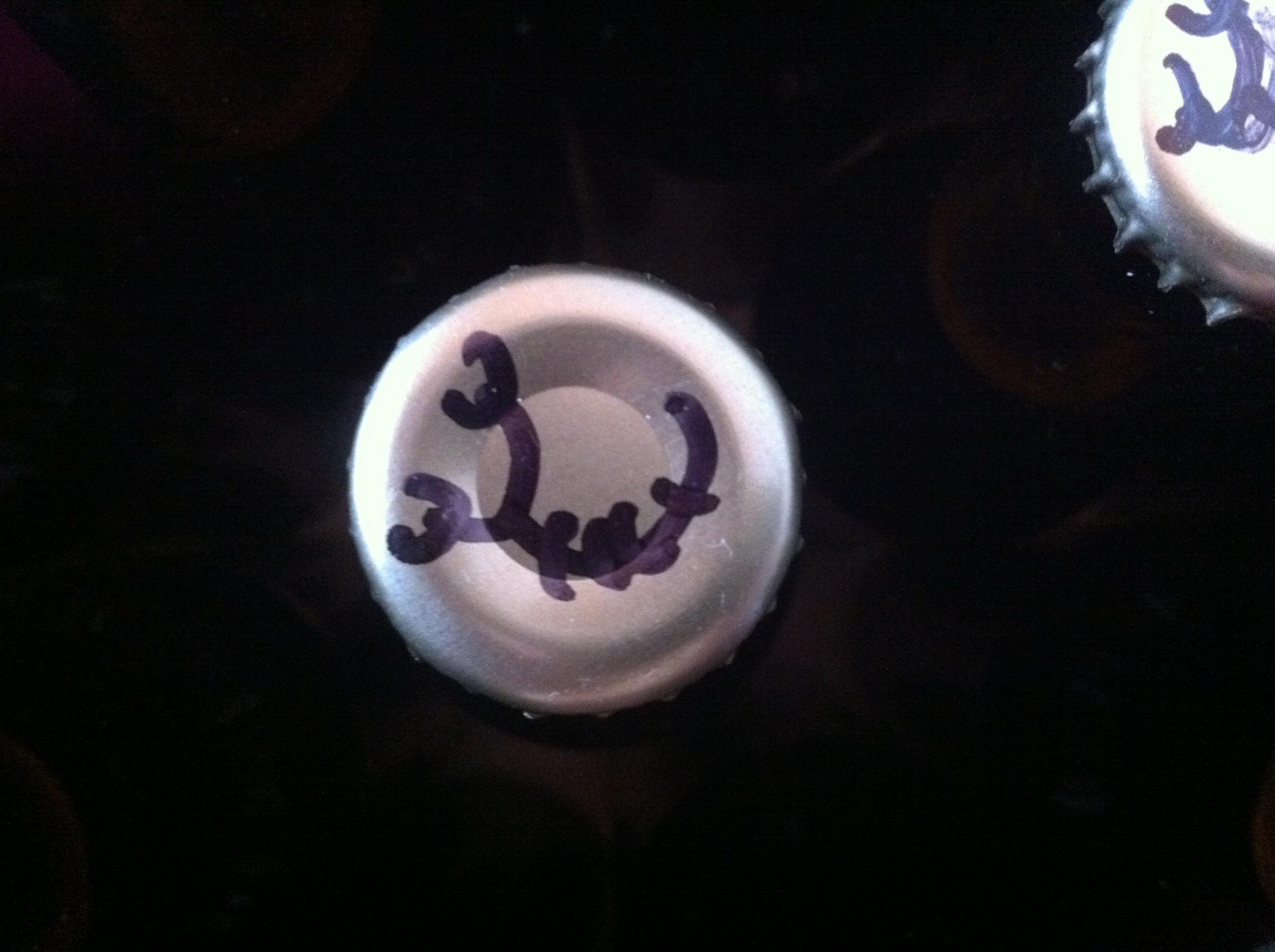