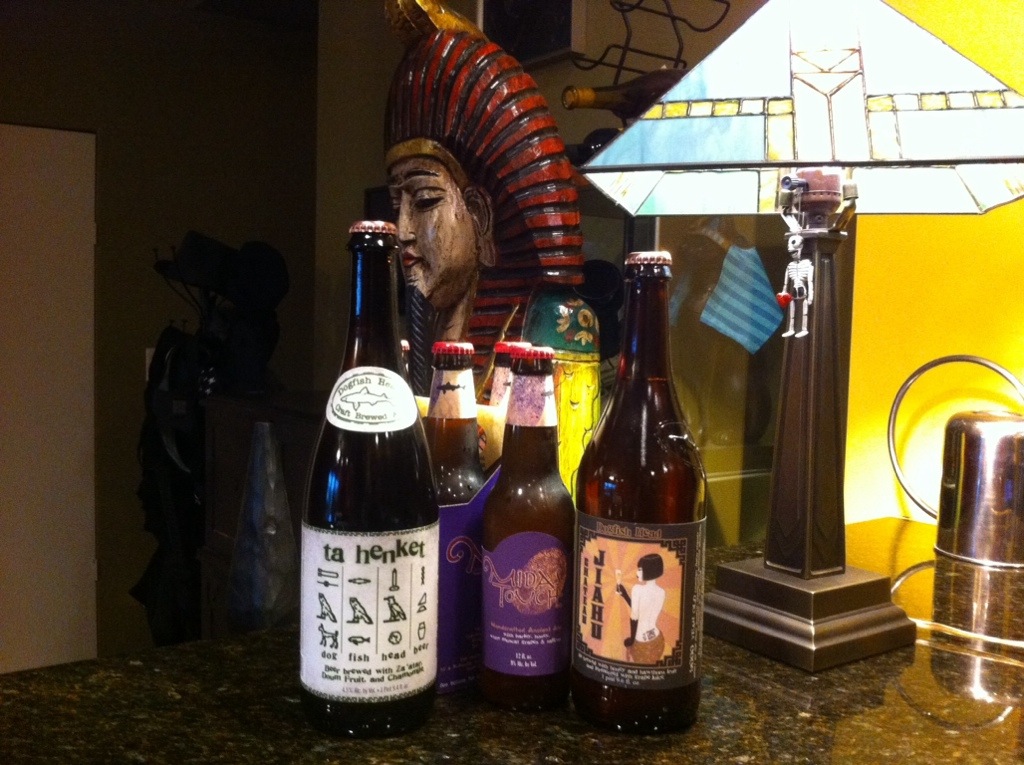 Digging around in my blog, I just excavated this draft entry from July 2012. I say it’s high time this get published:

In my relatively young quest for rediscovering ancient ales, I’ve come upon many articles about breweries and homebrewers trying to recreate the ancient recipes. Pat McGovern’s books Ancient Wine and Uncorking the Past delve deep into the archaeological record from ancient cultures throughout the world. They’re good reads and successfully avoid getting too technical. For some more technical resources, check out the footnotes to my recent episode of the Ancient Art Podcast on “Beer in Ancient Egypt” (episode 51), notably the research by Delwen Samuel at ancientgrains.org.

McGovern’s Uncorking the Past devotes significant attention to the study of ancient ale residue from the so-called tomb of King Midas, the Lydian king, whose touch would turn anything into gold. Partnering with McGovern, Delaware-based Dogfish Head Brewing developed a beer inspired by this ancient residue analysis called Midas Touch. I was rather tickled by the prospect of trying a beer inspired by an ancient recipe, so I ran out to the store to get my hands on some Midas Touch (thanks to Dogfish Head’s handy Fish Finder.

I summarily learned that this was one of a series of ancient ales released by Dogfish Head. My brother turned me on to Discovery Channel’s 2010 series Brew Masters, featuring Dogfish Head and their off-centered experiments. Being that we don’t have cable TV, I was a little late to that party. Brew Masters had a great episode about its Ancient Egyptian-inspired beer, Ta Henket (which, if you care to know, is Ancient Egyptian for simply “bread beer” or “bread [and] beer”).

Ta Henket proved to be most challenging of all to find to date. Our corner Vas Foremost Liquor said to check in every Thursday, because that’s when that shipment may or may not come in each week. Well, that was a bit less than helpful. The Fish Finder indicated a small handful of other places in the Chicagoland area that might carry Ta Henket.

One day after I got home from work, I was in my usual grumpy mood dealing with the hassle and ick of commuting through the city and I simply wanted to unwind with a beer.

Picking up where that two year old blog entry left off, “…I simply wanted to unwind with a beer.” And lo and behold, I come home to my awesome wife and her recently procured bottle of Ta Henket chilling in the fridge. But wait, there’s more! Nestled beside this beguiling bottle of goodness was a comely carafe of that Sinolicious seductress, Chateau Jiahu, Dogfish Head’s fanciful ale inspired by one of the earliest known fermented beverages hailing from Jiahu, China.