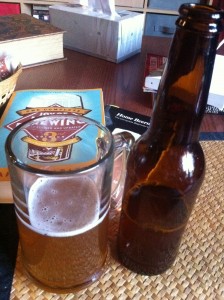 A few weeks ago, after considerable deliberation and research, I finally took the plunge into the fabulous world of home brewing. A few minutes ago, I after much angst and low-set expectations, I finally cracked open my first bottle of home brew … and it tastes brilliant!

My impetus for getting into home brewing has been twofold:

Firstly, those of you who enjoy my Ancient Art Podcast or my speaking engagements with the Art Institute of Chicago know I am something of a fan of the art and culture of drinking in the ancient world (Egypt, Greece, Rome, etc). Whilst waxing poetics about the topic, I have sometimes found myself at a loss insofar as methodology. “Did the Egyptians malt their barley?” … “Uh, dunno.” “How did the ancient Greeks ferment their wine?” “Um, not sure.” “Did the Romans know about hops?” “Ah, 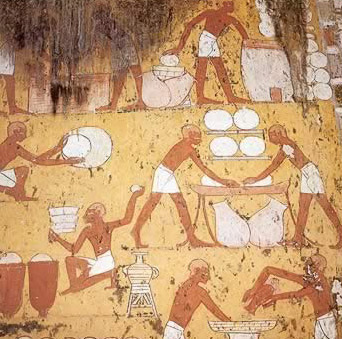 good question.” So, in short, one of my primary motivations for delving into the world of home brewing has been as a form of experimental research.

Secondly, it’s long bothered me that I’d be utterly useless in a post-apocalyptic world. My primary super-powers to date consist of a knowledge of art, the ancient world, and computers. When the zombies rise and a rogue nation EMP pulse takes out our technology, none of those skills will serve me well and I’ll be the first one voted off the island. Whereas my wife Koren would be snatched up in an instant, because one always 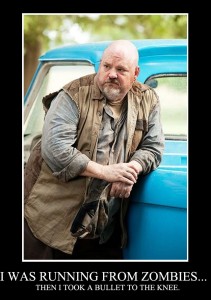 needs to know how to properly dispose of the dead, especially in a post-apocalyptic holocaust. It’s well believed that fermented beverages have been a foremost staple throughout human history (arguably above food and water), because the act of fermentation kills harmful bacteria and pathogens that would frequently have been found in other sources of water. Likewise, ancient brew contained valuable nutrients that did a body good. So, should all go to heck in a hand basket, I think my new-found brewing skill might prove valuable enough to keep me from getting shot in the leg as a sacrifice, while everyone else escapes the hungry bear.