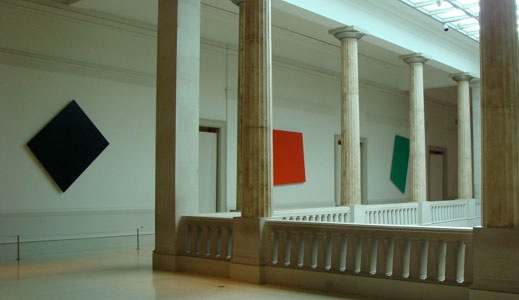 Hello again and welcome back to the SCARABsolutions Ancient Art Podcast. Please bear with me for a minute as I make a brief technical note. If Episode 11: The Parthenon Frieze, Part 2 was the last episode that automatically downloaded to your computer if you’re subscribing to the podcast, then that’s probably because I recently updated my podcast publishing software. Apple kindly decided to rename my podcast’s RSS feed, the link that you use to subscribe, and there’s not much I could do about it. But I did tell iTunes to redirect to the new feed, so for many listeners this may not be a problem any more. If you’re still having trouble with the subscription, though, just try unsubscribing and visit scarabsolutions.com, where you can resubscribe with the correct new link. And if all else fails, you can email me at scarabsolutions@mac.com and I’ll see what help I can offer. If none of this is making any sense, then it may not apply, so don’t worry and just keep listening as always.

Described as a master of color and form, Ellsworth Kelly is well known for his quintessential style of large, carefully controlled areas of color exuding a sense of purity in their simplicity. The Art Institute has a rich collection of works by Kelly, including paintings, collages, drawings, prints, and sculpture from throughout his prolific career. “The Chicago Panels” from 1989 to 1999 consist of six painted, monochromatic, curved aluminum panels hung on the walls around the upper level above the sculpture court of the American Art galleries at the Art Institute. Emphasizing pure color and shape, Ellsworth Kelly’s works associate with the architectural setting around them. In the American Art sculpture court, the Chicago Panels interact not only with the walls, on which the panels hang, but also the magnificent floor-to-ceiling Classical Greek style Doric columns along the balcony railing.

The Chicago Panels were commissioned specifically for this interior space. There’s no clear indication why they’re called the Chicago Panels, but the shape and color of Kelly’s artwork are often inspired by familiar objects and phenomena. When you stare at the panels long enough, you might just start to see the familiar shapes of Chicago’s skyline. At least, that’s some people’s take on it. Or maybe the many colors reflect a panel of Chicago’s ethnic diversity. By nature of its formless quality, Kelly’s artwork is very personal, engaging with the viewer and inviting you to participate in interpretation, and that’s what this episode is all about — a personal experience. We recently explored the similarities between the Parthenon Frieze and the Apadana in terms of the way one might have experienced the two works and their sites. Now I’d like to draw a comparison of personal experience between the Parthenon Frieze and the Chicago Panels. When I walk upstairs and around the gallery looking at the panels, glimpsing their partial forms sliced by the intermittent columns, I feel I come close to the same experience a late 5th century BC Athenian may have had when processing alongside the Parthenon glancing up at the frieze. I mentioned last time that the Parthenon Frieze is a sort of Athenian self-portrait mirroring the contemporary act of sacred procession at its feet. Sure, there’s no sacred procession going on in the Art Institute galleries, not regularly, at least, but if you see yourself or your city in the Chicago Panels, you might encounter a similar sense of personal patriotism.

Also, as you walk through the gallery, the Classically-inspired Doric columns break up your experience, providing only obstructed glances of the panels as you look out across the open-air space of the sculpture court below. This almost strobe-like effect of brief, fractured glimpses provides a sense of animation to the panels. Interestingly, there’s no one point in the gallery where you can stand and see all six panels in their entirety. Give it a shot. I’ve tried. There’s always at least just a little sliver of a panel hiding behind one of the columns. Just the same way on the Parthenon, the Doric colonnade breaks up your experience of the frieze, offering you only glimpses of the entire scene. As you process alongside the frieze looking up at the interrupted cavalcade of horses and parade of tribute, the fractured glimpses produce a similar sense of animation, spurring the galloping horses to life. And imagine how much more lively and life-like the frieze must have appeared in its original, vibrant, realistic coloration. Yes, as with most Ancient Greek and Roman sculpture, the Parthenon Frieze and the rest of the Parthenon were highly painted.

Ellsworth Kelly may in no way have been inspired by the Parthenon Frieze when creating the Chicago Panels, and I’m not making any claim to that effect. This is just an opportunity for me to explore my own personal resonance with two moving works of art — conscious and subconscious experiences paralleled by ancient and contemporary human achievement.

I hope you didn’t mind our short departure from ancient art. Maybe you even enjoyed it. If you’d like to do more digging, I’ve added a few references on Ellsworth Kelly to the bibliography in the Additional Resources section of SCARABsolutions.com. Thanks for listening and see you next time on the SCARABsolutions Ancient Art Podcast.