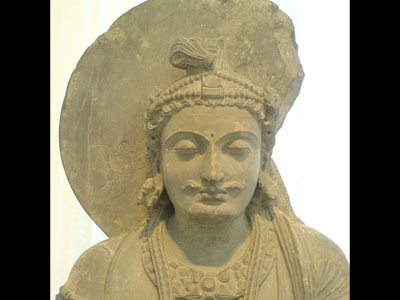 Hello and welcome back to the SCARABsolutions Ancient Art Podcast. Or rather, you could be welcoming me back after this couple month hiatus from cyberspace. But we’re back online and good to go.

So, if ya ever bothered listening all the way through one of the earlier podcast episodes, you’d know that I often have little bits of news or other info at the tail end. Right about at the point when you tune out or switch over to NPR Wait Wait Don’t Tell Me. But ha HA! Now I have tricked you and I’m putting the news at the beginning this time!

A little while back in Episode 4 I poked a little fun at the Art Institute of Chicago for not having a searchable freely-accessible online database of its collection. Well, if you’ve been to the Art Institute’s website recently, you may have noticed the subtle addition of a little search box on the Collection page. Yes, the Art Institute leaps headlong into the 21st century with the addition of this search box. It’s a work in progress, for sure. They claim to have a small but growing portion of the collection in the online database and the search functionality could use a little help, but it’s a definitely a very welcome addition for the scholarly community since they offer decent images, publication history, exhibition history, and provenance. These online collection databases with imagery and research details are a vital component to the mission of a modern museum. A big distinction between an art museum and a private collection is the accessibility of the collection to the general public. Keeping some 99% of one’s collection hidden away from public eyes doesn’t do anybody any good. Now, while the Art Institute’s definitely moving in the right direction by making its collection available online, is still pretty stingy with its images, though. They explicitly state that the images are for identification only and are not to be used for publication or presentation purposes. You need to drill down deeper into the terms and conditions to find a statement about fair use, but that still reads a little intimidating.

Images are one thing, but if you’re looking for audio … well, you’ve got this podcast, but you can also head on over to the Art Institute’s website again. Click on Exhibitions then Past Exhibitions where you’ll find a link to the recent exhibition The Silk Road and Beyond: Travel, Trade, and Transformation. Delve into the Silk Road exhibition website and you’ll find snippets from the audio guide on selected works from the exhibition. Sounds hard to find, huh? I’ll make it easy for you. Just head on over to scarabsolutions.com and click on the Silk Road link in the Additional Resources section. Some of the highlighted Silk Road objects even have relevance to the Ancient art context of this podcast, like this incredible Gandharan statue of a bodhisattva.

This statue is quite a departure from previous podcast topics. This is actually a Buddhist statue and technically it’s not even from the Ancient Mediterranean World. Gandhara is the name of the ancient kingdom from where we get this incredible statue. The name may not mean much to us nowadays, but we may be a little more familiar with its modern derivation, a city whose name had been all too frequent in the news of recent years, until we started liberating other nations … Kandahar. The ancient Gandharan kingdom encompassed approximately the region that’s now Afghanistan and Pakistan. Gandharan art, which dates to around the 2nd century of the Common Era, is actually among the earliest Buddhist art, even though Buddhism originated around in early 5th century BC.

The art of ancient Gandhara is a unique bridge between East and West. Look closely at the details of this figure. The musculature is so highly modeled and naturalistic, if not unrealistically idealized. The facial features are chiseled and well defined. We see incredible detail in his beautifully coifed hair with gently drilled, soft curls. As we move lower down his form we explore the dynamic quality to the drapery. We can really feel a sense of gravity, friction, tension, and movement in the folds of cloth. There’s a deliberate attempt by the artist to express the realism of soft fabric in this hard stone. Compare this to other Buddhist statuary even from significantly later periods, like this 10th century Indian stele depicting different pivotal scenes from the life of Buddha. Notice how here the artist chooses to represent the folds of the drapery in a very stylized, unrealistic manner of regular, parallel, almost concentric curves — a fairly common stylistic quality of South and Southeast Asian Buddhist art. But the Gandharan figure is quite different. Many of us buffs of Ancient Mediterranean art might see a certain similarity between the Gandharan Bodhisattva and Classical Greek statuary and there’s a good reason for that.

Y’all know this fella. Alexander the Great, born in 356 BC, came to succeed his father Philip II, King of Macedon, who united the entirety of Greece under the single Macedonian military authority. Alexander capitalized and expanded on that legacy by spreading his influence much further eastward. He conquered Persia, or some say Persia conquered him, with its sexy oriental exotique, and he even pushed his Greek army as far as the Indus River in northwest India before his disgruntled soldiers eventually compelled him to start pulling back. And at the age of 33 in June of 323 BC, Alexander the Great dies … but then, why should I tell you when yet another “great,” the legendary heavy metal icon Iron Maiden can tell you.

After the death of Alexander, this gargantuan swath of the world that he conquered was soon divided among his generals. Mesopotamia and Persia went to Seleucis, who in turn gave rise to the Seleucid Empire. Over time various territories of the Seleucid Empire rebelled and seceded. Around 305 BC, Chandragupta Maurya, founder of the Mauryan Empire, managed to wrestle Gandhara back from Seleucis, reuniting it with much of the Indian subcontinent. For a while Gandhara fell to the so-called Greco-Bactrian Kingdom, which was still under heavy Hellenistic Greek influence for a long time. It’s in the 2nd century of the Common Era, after changing hands more than a good pair of vintage jeans, when Gandhara experiences what’s considered its “golden period” with strong rulers engaging in expansive trade and a flourishing of the arts. This is the time period of our favorite Gandharan Bodhisattva. So even a good four/four and a half centuries after the death of Alexander, the seeds sewn by his campaign have a profound lingering artistic effect.

And just what is a bodhisattva? Well, very briefly, not doing the concept any justice, a bodhisattva is an individual who, through right living and meditation, has reached a state of being where he could achieve enlightenment and transcend beyond the physical world of suffering. But instead of making this leap, as the ultimate expression of compassion and charity, the bodhisattva chooses to sacrifice enlightenment and remain behind in the physical world to serve as a teacher and guide to help others reach this goal. We see bodhisattvas in Buddhism throughout the world from ancient Gandhara and India to modern Korea, China, and Japan. If you want to learn more about bodhisattvas, Buddha, and Buddhism … well, you’ll just have to stay tuned to the SCARABsolutions Ancient Art Podcast. Thanks, take care, and see ya next time.